By: By Curtis D. Rostad, CFSP 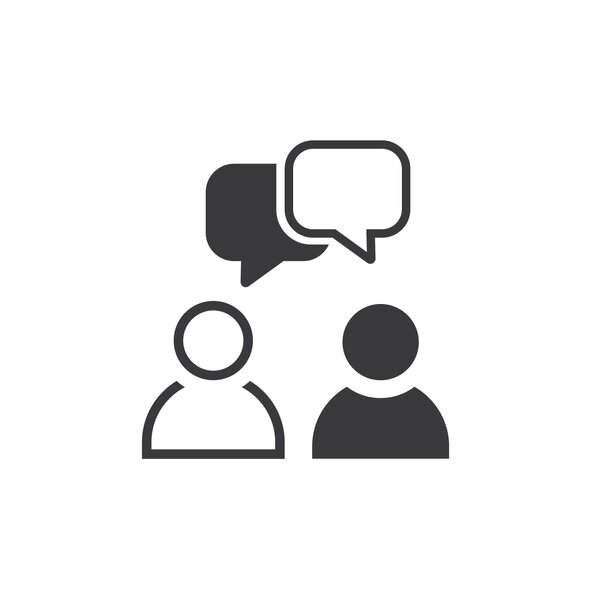 Funeral service is not alone in seeing changes to the terminology we use every day. Just like airline stewardesses have become “flight attendants,” secretaries have become “administrative assistants,” and waiters and waitresses are now “servers,” we have progressed from undertakers to morticians to “funeral directors” and even “death care professionals.”

Bodies no longer lie in repose or lie in state. We prefer “visitations” and “family farewells.” Hearses have become “casket coaches” or “funeral coaches.” Tombstones gradually became monuments and markers. Today they are “cemetery memorials.” We no longer retrieve the body, we “remove the remains,” and for those who think “remains” sounds cold and uncaring they prefer “bringing the loved one into our care.” We avoid the term ashes, and cremains did not last long as an alternative. The proper term is now “cremated remains.” It is interesting that those who despise the term “human remains” for a body have no problem with the term “cremated remains” after that same body is cremated. Such is the nature of changing terminology in a changing society.

But unlike most other businesses, some of our language is regulated by the federal government. The Federal Trade Commission Rule for Funeral Service requires that we use terms that may be antiquated or ones we may not like, but since the Rule was promulgated in 1984, our terminology is stuck in that decade.

Yes, 1984. No such thing as cell phones, wi-fi, websites, GPS, or email. Ronald Reagan was president, gas cost $1.10, an average home was $86,000 and the average salary was $21,600. HIV was discovered as the cause of AIDS. Apple ran its first commercial for the Macintosh computer at Super Bowl XVIII, and a man named Alex Trebek took over as the host of a game show called Jeopardy.

Non-compliance with the Funeral Rule can result in thousands of dollars in fines, costs in both time and money getting back into compliance (If you join the FROP) program, and a damaged reputation if it becomes community knowledge that your firm violated a federal law.

You would do well to review your GPL and price lists to ensure that the language used in the six mandatory disclosures matches the FTC language word for word. Despite the sign on your building and what your letterhead might say, on the GPL your firm is called a “funeral home,” not a funeral “chapel,” “mortuary,” or “funeral service.” The people you serve must be referred to as “customers,” not “clients,” or “families.” The itemized prices for 16 services that you provide must also be listed using the exact language mandated by the Rule. It is a “viewing,” not a “visitation.” You “transfer the remains” to the funeral home, you don’t “remove” them or “take them into your care.” It’s a “funeral ceremony,” not just a “funeral.” It’s a “hearse,” not a “funeral coach.”

And maybe that last one is not a bad thing. Sometimes our language can get a little too fancy for our own good. Many years ago, I was completing the arrangements for an elderly gentleman. As I went through the prices for each service they selected, I had just used the more sophisticated term “funeral coach” when the widow stopped me. “We don’t need one of those.” she said. Immediately my mind went to what weird mode of transportation they had in mind. His pickup truck? Farm or ranch machinery? “We don’t need one of those, she said, “We’re doing just fine.”

Funeral coach- life coach, football coach… Get it? She thought a funeral coach was some kind of grief counselor type person who would “coach” them through the funeral process. And she felt the family was coping just fine. It was on that very day that I ordered our firm to “un-sophisticate” ourselves and use the same language our community used. Every person in our town (your town too, I bet) calls it a hearse (or a “hurst”) and so we did too.

Many firms offer service packages, whether they are discounted or not. Regardless, the FTC says that you must indicate which services are included in each  package and that the terms you use should be the same terms the FTC requires on the rest of the GPL.

On the other hand, you can call your “rental casket” anything you like. “Ceremonial casket” seems to be quite popular though it may not accurately convey what that means. The FTC has nothing to say about that because the concept of renting a casket for a viewing prior to cremation was unheard of in 1984.

Nor does the FTC specifically mention “preneed.” It has since ruled that the Funeral Rule applies to all service arrangements, at-need and preneed. But as for terminology, you are free to call it ‘advance planning” if you so desire. Beyond that, prices for preneed services must be presented just like in an at-need arrangement and must utilize the FTC language.

Using the FTC mandated language does have at least one benefit. Cutting down the flowery language can prevent unnecessarily lengthy GPL’s. Paragraphs explaining how important funerals are, how caring your family-owned firm has been for however many decades, and how you don’t want families to spend beyond their means, goes generally unread and simply takes up more space. Even inserting a line about you providing the price list in accordance with federal law (blaming the government for making this more complicated) isn’t really necessary and may be seen by skeptical consumers as saying, “If it weren’t for the government requiring us to do this, we would rather hide our prices from you.” A GPL that is 8-16 pages in length can not be consumer friendly.

In our attempt to sound professional and contemporary, sometimes the terminology we use can be confusing to the people we serve. Sometimes it is actually illegal. That is why you should watch our language!

This article is meant to be a general discussion on the topic presented. It is not meant to be legal advice. Human resource issues are especially subject to changes in the law on a federal, state, and local level. Consult an HR professional or your attorney before implementing any personnel policies in your firm.

Curtis Rostad, CFSP, is a licensed funeral director and embalmer with over 50 years in funeral service. He served for 12 years as Executive Director of the Indiana Funeral Directors Association before retiring at the end of 2016. He now serves as Director of Compliance for the Foresight Companies of Phoenix, AZ. He can be reached at 1-800-426-0165.

Please wait No comments have been left yet.
Please wait

High-Impact Ways to Connect with Your Community

How do you set your funeral home apart and build strong connections with potential and current client families? The secret is a carefully planned series of community engagement and outreach efforts...

Given its origins and long-standing significance as a Native American and Colonial era crossroads still frequented today by motorists plying the Massachusetts Turnpike, Interstate 84 and historic U...

Digital transformation has become somewhat of an overused term these days, but deathcare professionals cannot dismiss the important role that new technology will play in serving families in the fut...

Three Ways to Supercharge Your Funeral Home with Technology

One of the bright spots to life on the road in the funeral profession undoubtedly is the sheer amount of exposure I’ve been able to receive from a variety of individuals across the country. Not onl...

Eagle’s Wings Air Meeting the Challenges of Yesterday and Today

To say times continue to be challenging in managing the air transportation of human remains on behalf of their funeral service customers would be an understatement. Those profound, historic challen...

Beginning the Monument and Memorialization Conversation

Getting Started When a family arranges a funeral for a loved one, it’s unreasonable to expect them to have the knowledge base to understand fully what products and services are available. On avera...

Hunting Like a Hawk in a New Era of Funeral Economics

Settling Into the New Routine The funeral industry was one that was rocked by COVID. It was one of the industries that felt the greatest impacts and the greatest disruptions. Everyone in the fune...

Three Steps to Create a Website That Markets Your Cremation Business

To find client families for your cremation business, you need to invest in your online presence, starting with your website. Your website is an extension of your funeral home that can market your p...

No matter what you think about the evolution of the North American Funeral Rite, you have to acknowledge that cremation is, and has been for some time, a major part of society’s expectation of what...

Reflections on My First Ten Years with CANA

Ten years and four months ago I decided the next step in my career was to become an executive director. I started looking at job postings and stumbled across one for the Cremation Association of No...

Get the latest with our February 2018 "ICCFA Pre Convention" issue - Available Online Now!

Get the latest with our January 2018 "Education" issue - Available Online Now!